Well Hayden is one VERY lucky boy this year.  On his actual birthday, August 4th, we will be in Branson, MO, with my entire extended family, and he has decided he will have a Volcano themed party!  This is, of course, because "his studies" when he grows up will be volcanology (although his job, he informs me, will be building houses).  He picked out a volcano cake that we saw online (don't ask me how I can pull that off without Nathan's help, but here's hoping), and he helped me design a birthday invitation in photoshop.  It turned out simply lovely, if I do say so myself (wink wink).  He even personally addressed and stuffed the envelopes (although he addressed them to all of his preschool friends who unfortunately will not be attending since it's out of the state lol - he said he just wanted them all to have one to put on their bulletin boards in their rooms - like he has - how sweet!).  Anyway, I had to post it because it's such a funny mixture of cute and ridiculous. 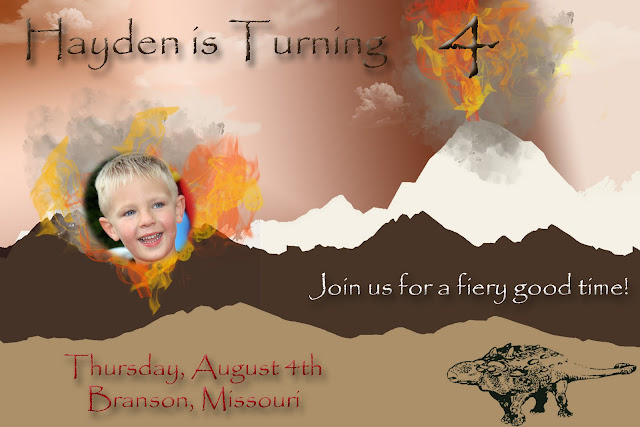 However, since our Volcano celebration will be out of town, we still needed to find a way to celebrate with our local friends.  We had already planned a little beach getaway with 8 other families for the beginning of August, and since all of Hayden's best buddies will be there, and three of them have birthdays in July/August, we decided to throw them a big pirate themed beach party.  Since we were on a roll designing the volcano invite, we just pushed on, and he helped me create a pirate one as well!  I personally find it pretty funny, but aren't those 4 faces just the cutest little faces you've ever seen!?  It's going to be a fabulously fun 4 year old party, mateys :)  Stay tuned for pictures next month. 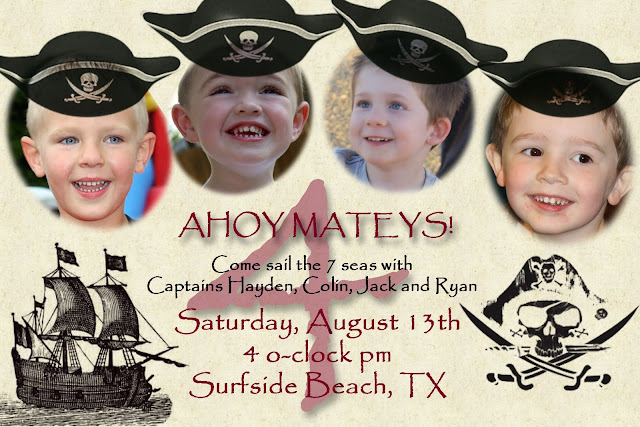